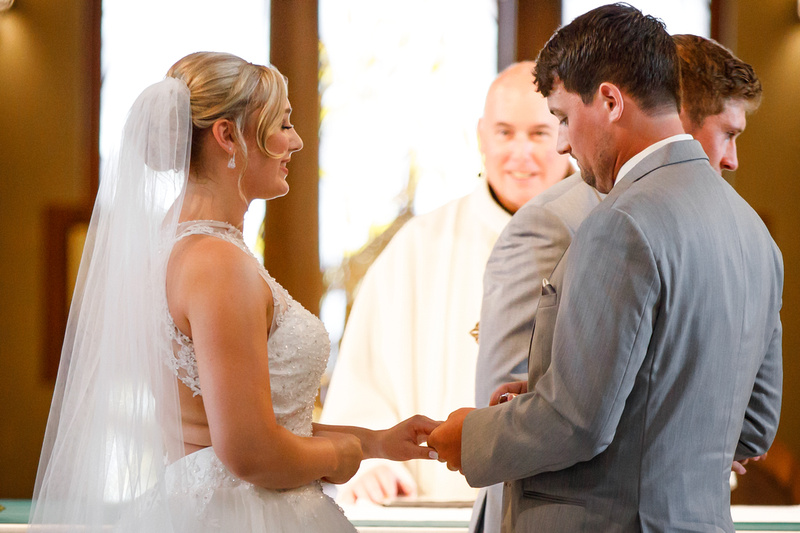 0M7A9706A beautiful July Wedding and Reception in Wisconsin. The wedding took place in Waunakee followed by the reception at Windsor Country Club. Although it rained most of the day we were able to sneak outside for some quick pictures when it let up a bit with the Bride and Groom under some cover. 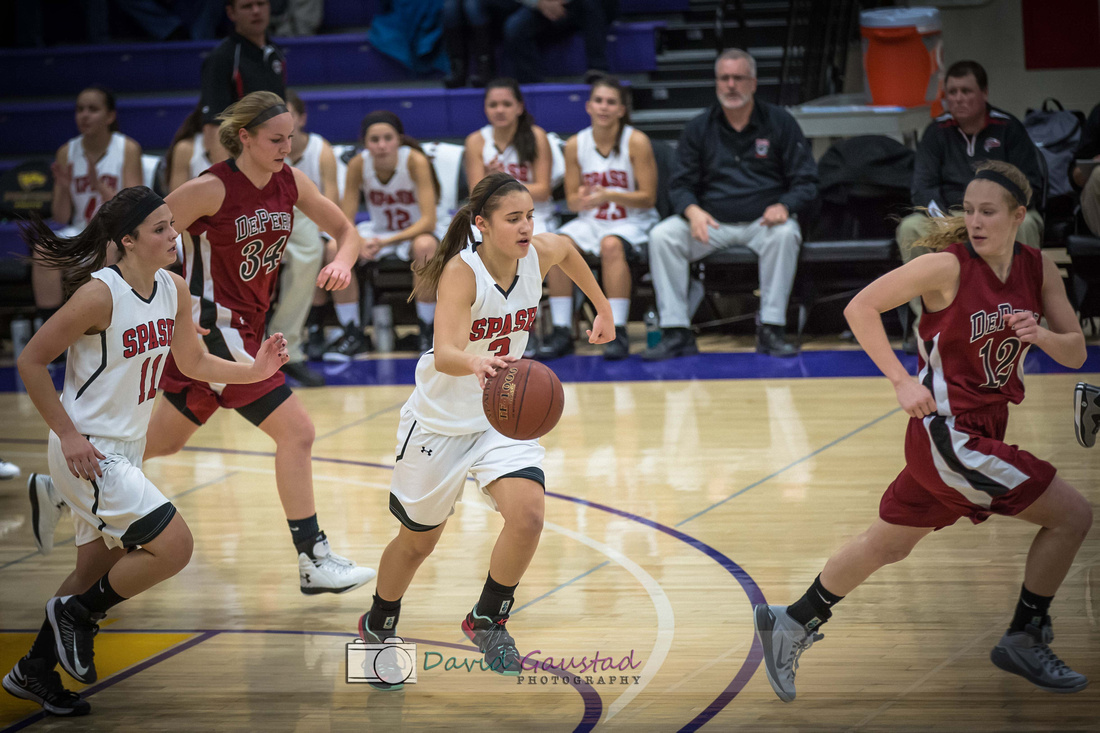 One of the questions I am often asked about is what's the best way to capture sports.  You may wonder why am I asked this most often, well typically I'm taking pictures at family sporting events when asked which probably explains it. :)  I'll mention what works for me and the terminology I'll use in my post or any post will be with the novice or new photographer in mind.  (My niece with the ball)

People enjoy capturing pictures of their children participating in sports and I'm no exception.  When my oldest started playing soccer 3 years ago, I quickly gained experience taking pictures of medium speed athletes.  It didn't matter if they were looking at me or if I was seeing the number on their backs, I took the shot and that's the best way to learn what settings worked out.  While my daughters were ball chasing at Varsity High School soccer games this past year, I gained experience shooting faster athletes and at night under stadium lights.  Primarily I was gaining confidence as the process was no different than shooting my daughter's games.

Since we've headed into the indoor season now, I'll start with that first and with basketball.  The picture above is one of several I took of my niece (#3) at a couple of her games.  The first game she was playing here in DeForest so I couldn't miss a chance to see her play.  It would also be my first time shooting indoor sports with the addition of the faster gameplay older athletes provide.  My next opportunity was a couple months later in Stevens Point while we were there for the Holidays and my niece had another game.  While I didn't use any different aperture or shutter settings than I used in DeForest, the lighting at UW Stevens Point where SPASH played was much better resulting in a lower ISO being necessary and as such, slightly sharper pictures were the result.  For those wondering, there really is not much difference between shooting indoors with lower light and faster game play and shooting outdoors with bright sun and younger athletes.  The main difference regardless if you are outside or inside is that you'll need a faster shutter speed for faster athletes.  The rest of your settings fall into place to provide the proper exposure.  Unfortunately for indoors in lower light, that faster shutter speed will come at the price of a much higher ISO than would be necessary for outdoors.  The shot above was with a 70-200 telephoto lens at 200mm, ISO2500, 1/1250 shutter and aperture of f2.8.  Then cropped and some vignetting added to create the picture you see.  Now for the basics.

As with any photographs you take, you need to keep the exposure triangle in your mind (aperture, shutter speed, ISO).  For sports, I try to shoot with a minimum shutter speed of 1/500 preferably faster.  This reduces motion blur so I keep that in mind first.  Next, to isolate your subject and allow as much light as possible to enter your lens drop your aperture down to the lowest number your lens/camera allows.  I typically shoot all my sports indoors and out at a fixed f2.8.  This produces the smaller depth of field that I like (the amount of foreground and background in focus).  For the ISO, I generally take whatever the camera meter tells me is proper exposure.  If I'm in a low light environment and the ISO is too high such as ISO 12,800, I may drop my shutter speed to 1/320 or so to lower it.  The higher your ISO the more grain and distortion that will be in your picture so try and keep that down.  The last thing to set is the focusing mode.  For objects that are moving you'll want the camera to maintain a focus on your subject.  To do this you'll need to use AI-Servo or continuous mode while keeping the active focus points over your subject.  Take your shots, review and adjust accordingly.  It's a good idea before the game to take some pictures of players on the bench or of people in the stands near the floor to test your exposure settings while keeping your shutter speed set high for game action.  If the light is consistent across the court lock your settings in and this will prevent your camera from adjusting exposure based on an athlete having a white or black jersey.

Here's a basic summary for indoor sports.  Use the lowest aperture setting your camera allows (i.e. f2.8), next select a shutter speed at 1/500 or preferably faster, then select the ISO which allows you to use the other 2 settings (or you can let your camera do it via auto-iso).  Lastly if your camera has it use AI-servo/continuous rather than one-shot focusing.  If you're using these settings and your photos are still turning out too dark, blurry, grainy or a combination of all 3, it may simply be time to upgrade your camera to one which has a sensor able to perform in low light situations and focus continuously.

The shots below were taken with a shutter speed of 1/800-1/1200, f2.8, and ISO2000-ISO5000.  I don't use burst mode when shooting sports as typically I'm shooting sports for fun.  When you're already taking 400 or more pictures as it is you just don't have the time to look through and process a few 100 more which burst mode would provide.  So, what type of shots do I try and take?  If I see some strong emotion in the players faces that's a great shot to catch.  I'll always try to get action shots with the ball in the shot and the face as well.  At first it didn't matter to me if I caught a players face however now that's my goal whenever possible.  For soccer which is my main sport due to family involvement in the game, as soon as the foot swings back I take the shot.  Typically this will result in the picture capturing just as or slightly after the kick is made which is where I want to be.  The same holds true for most sports.

The methods above are what I used to capture the shots below.  See my sports album for other pictures I've taken. 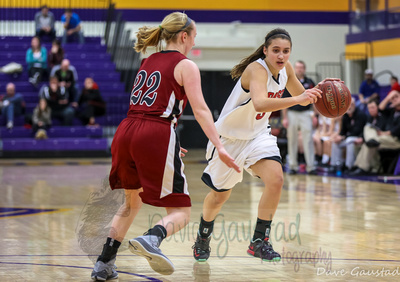 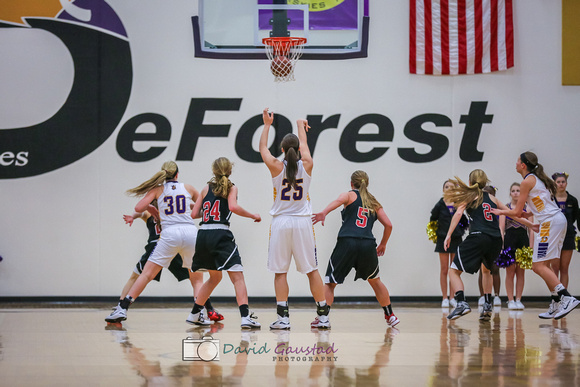 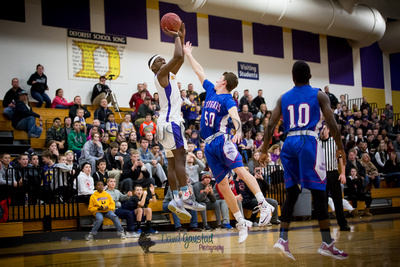 Corian Davis BQ4A1968Deforest Boys Basketball. DeForest takes on Janesville Craig in a Varsity Boys Basketball game in DeForest. The Norskies came back from a 10 point deficit in to start the second half out scoring and dominating Janesville Craig. Although they lost by 1 in the final seconds, they were very impressive. 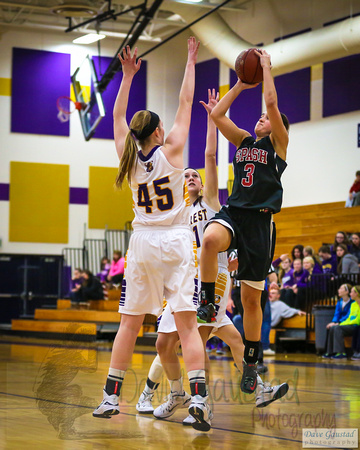 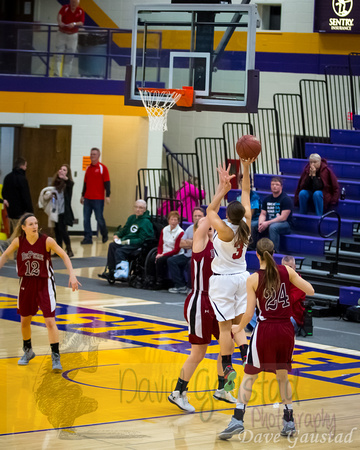 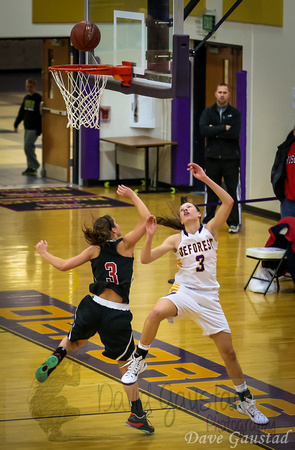 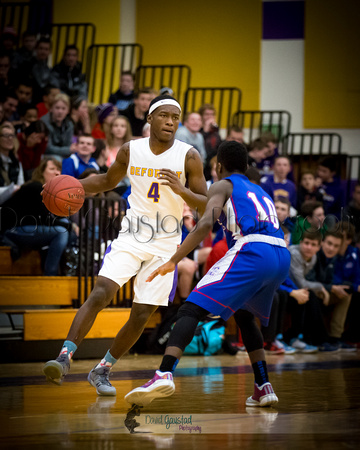 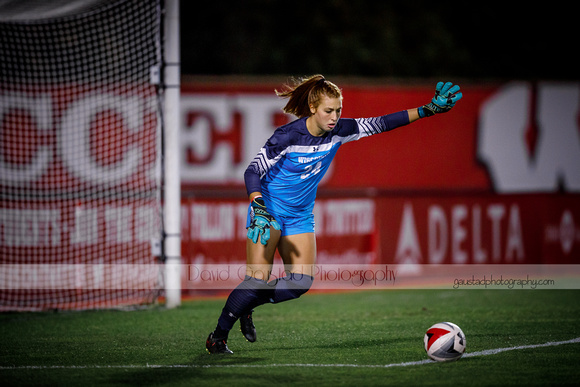 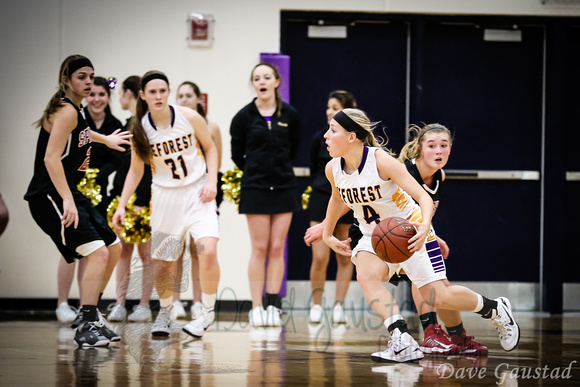 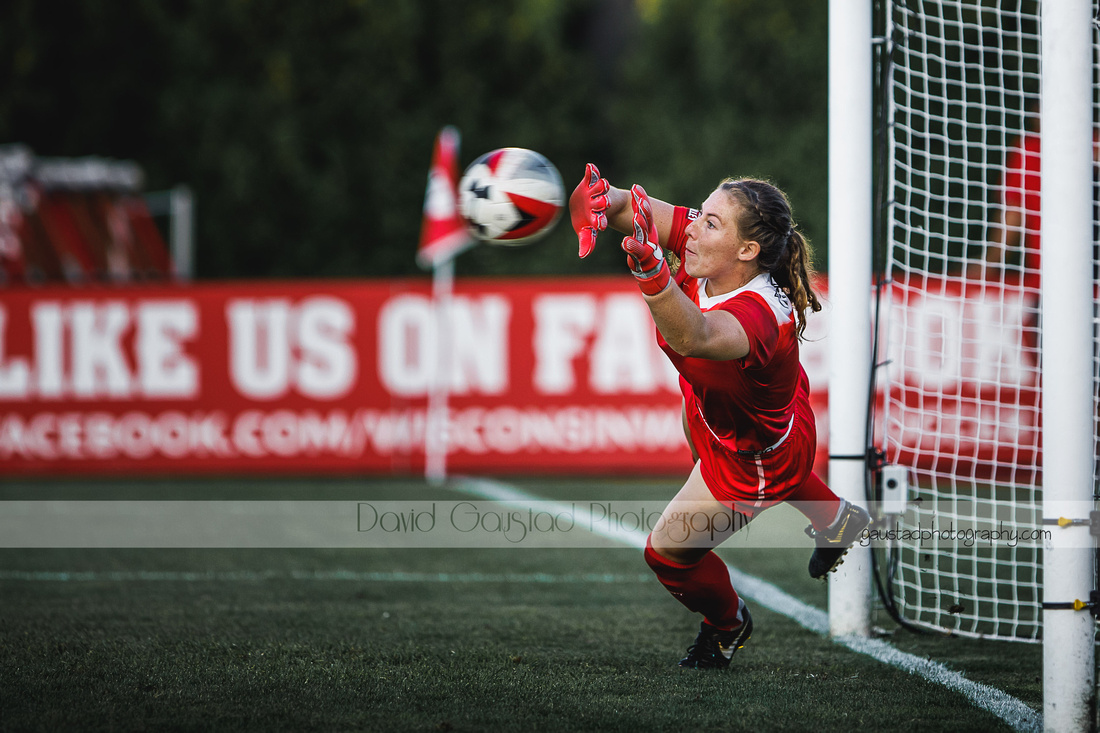 Wisconsin Women's Soccer team vs ISUThe Wisconsin Women's Soccer team takes on Illinois State on September 6th 2018 at the McClimon Soccer Complex.
A tenth-minute goal proved to be the difference as Illinois State (2-3-2) fell to the Wisconsin Badgers (5-1) in Madison, Wisconsin on Thursday night, 1-0. Junior Haley Smith had five saves for the Redbirds in goal.
Wisconsin took the lead at 9:48 when sophomore Lauren Rice sent in a cross on a corner kick that Grace Douglas knocked in amidst the chaos for her first goal of the season. Junior Dani Rhodes was also credited with an assist.
Goalkeeper Haley Smith had a shining moment in the 44th minute when she made a phenomenal save on a Peyton Wesley penalty kick. Wesley aimed a rocket to the lower left corner of the goal that Smith dove and punched out. See that sequence in the album. Smith has a total of 35 saves this season and 192 career saves. 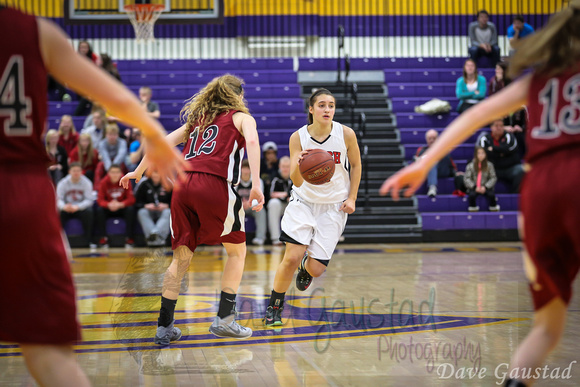 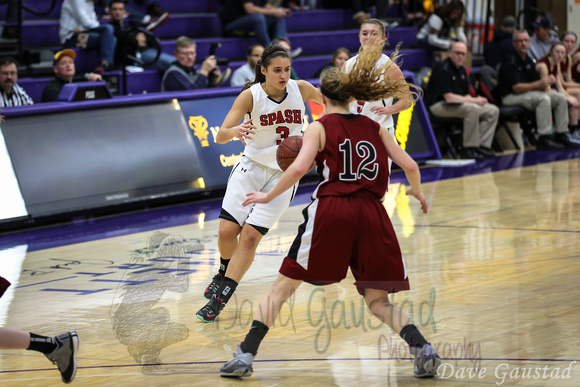 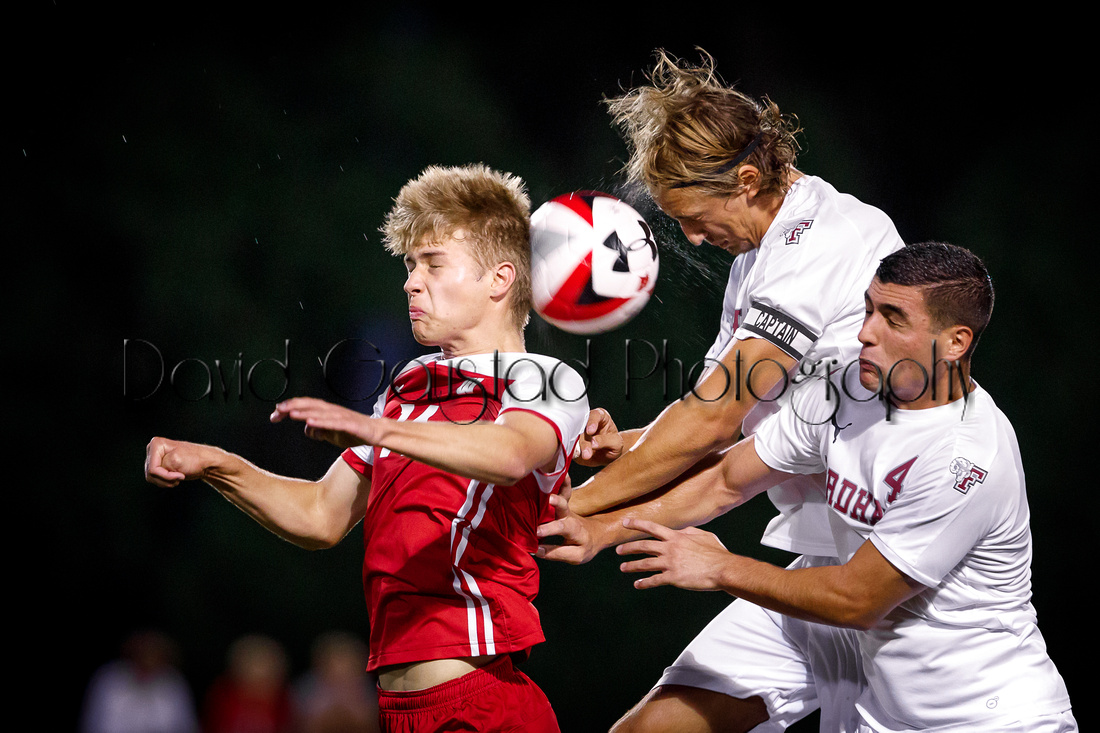 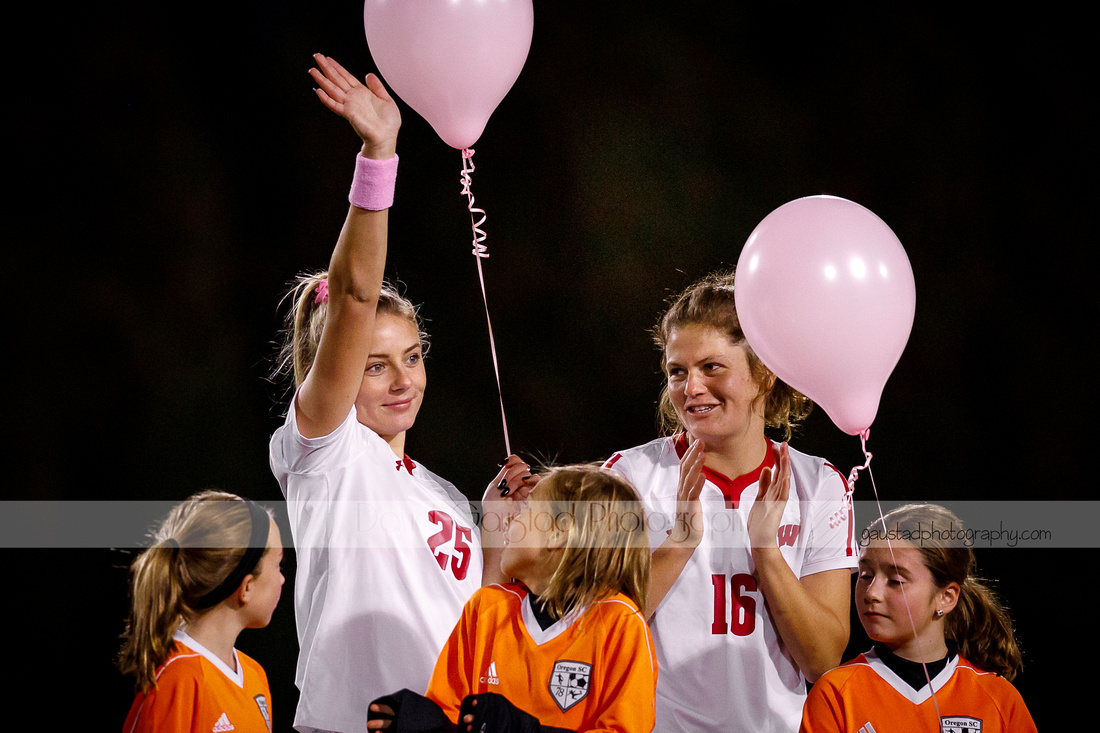 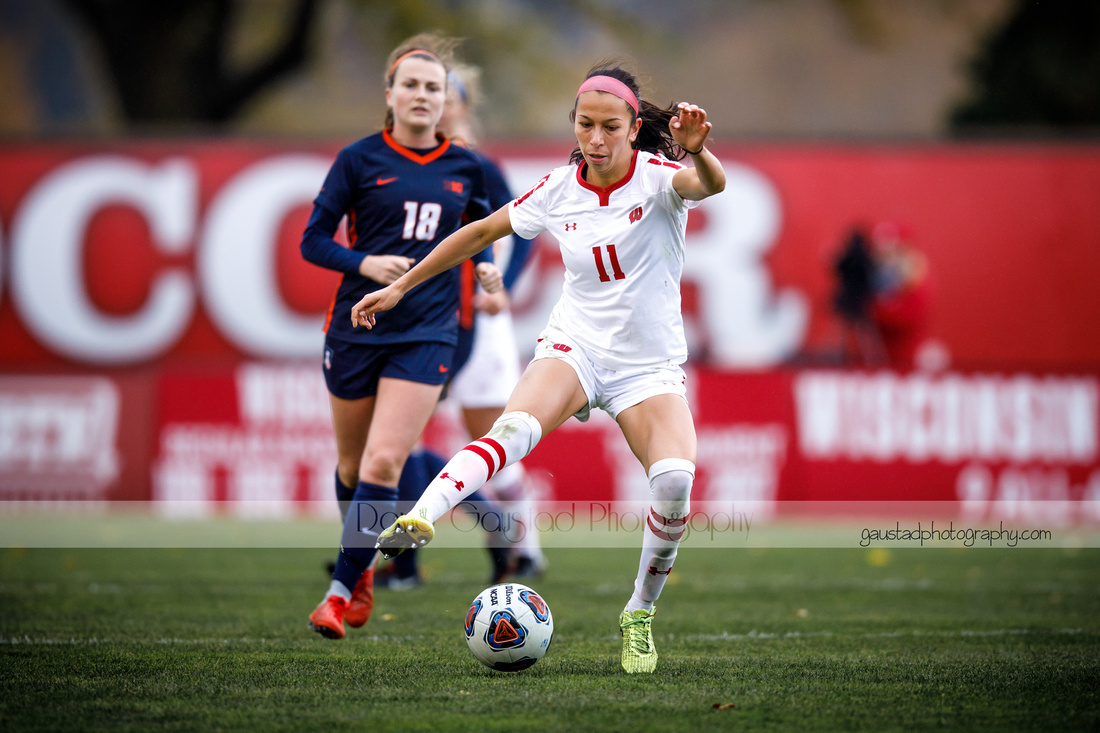 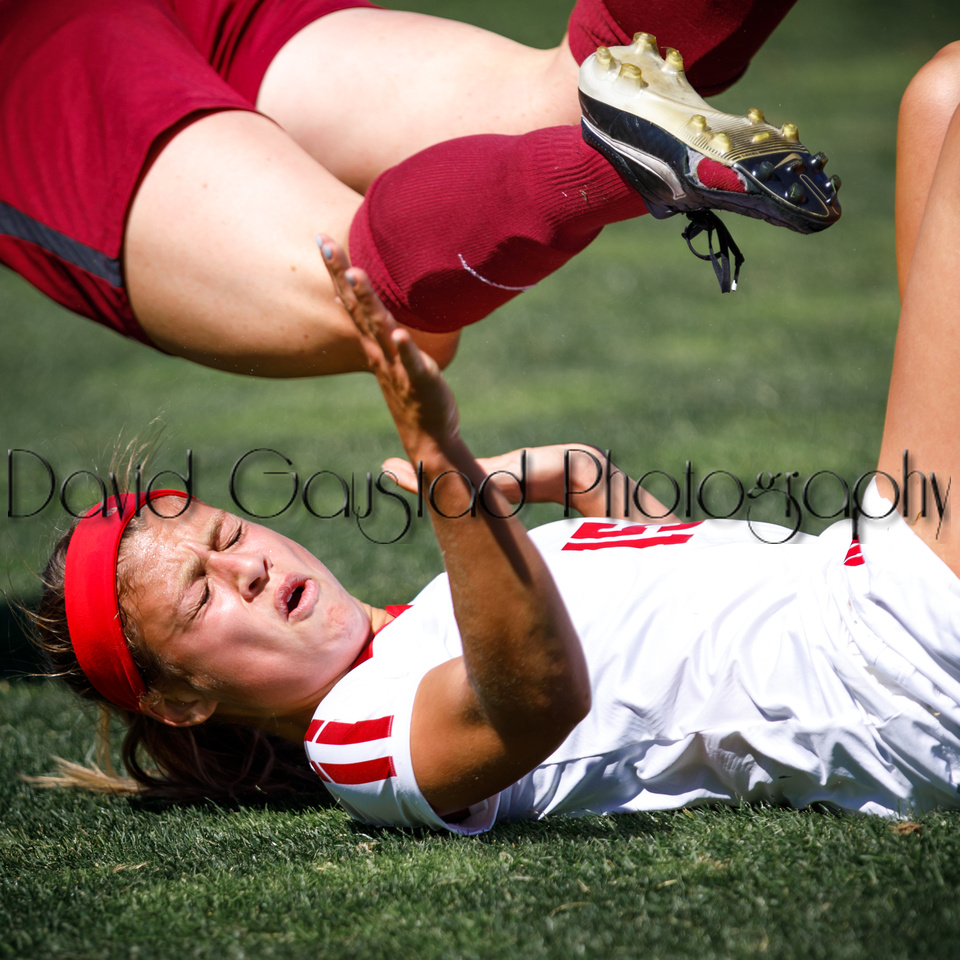 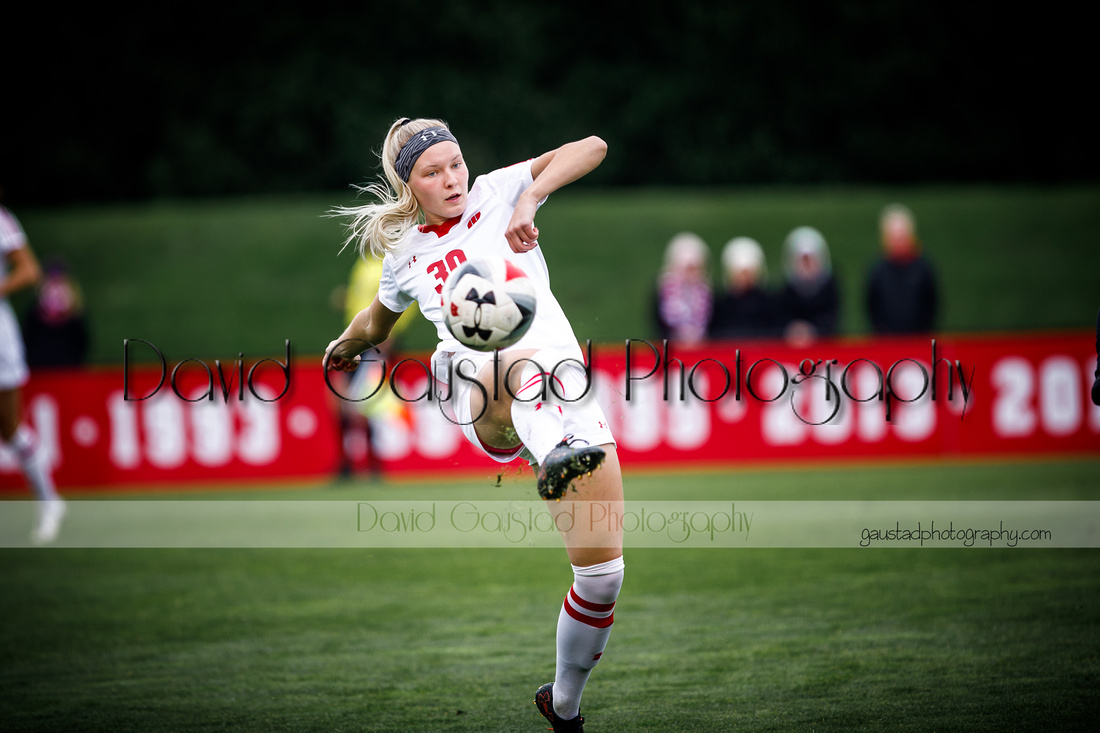 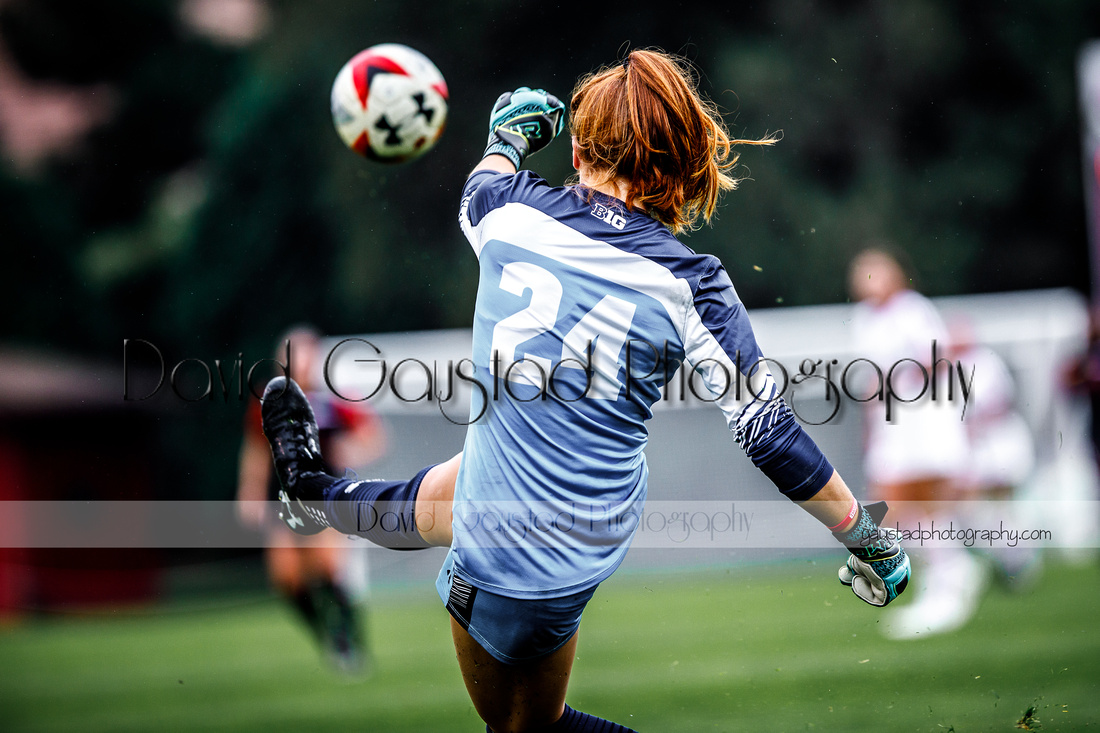 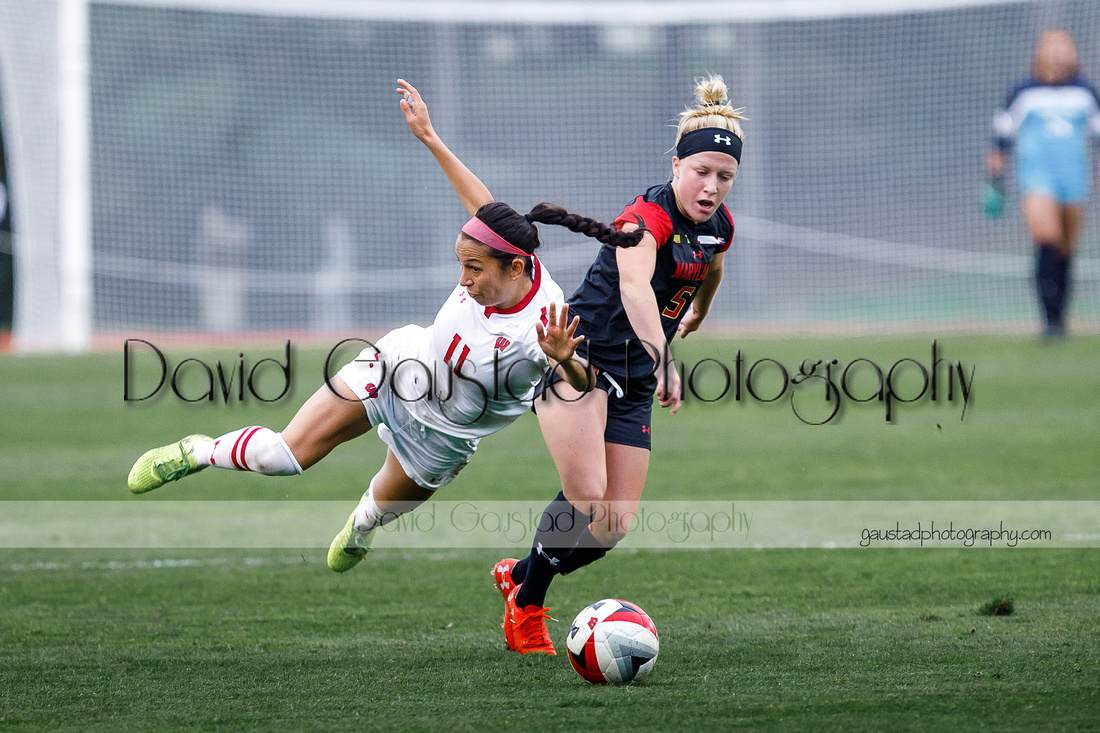 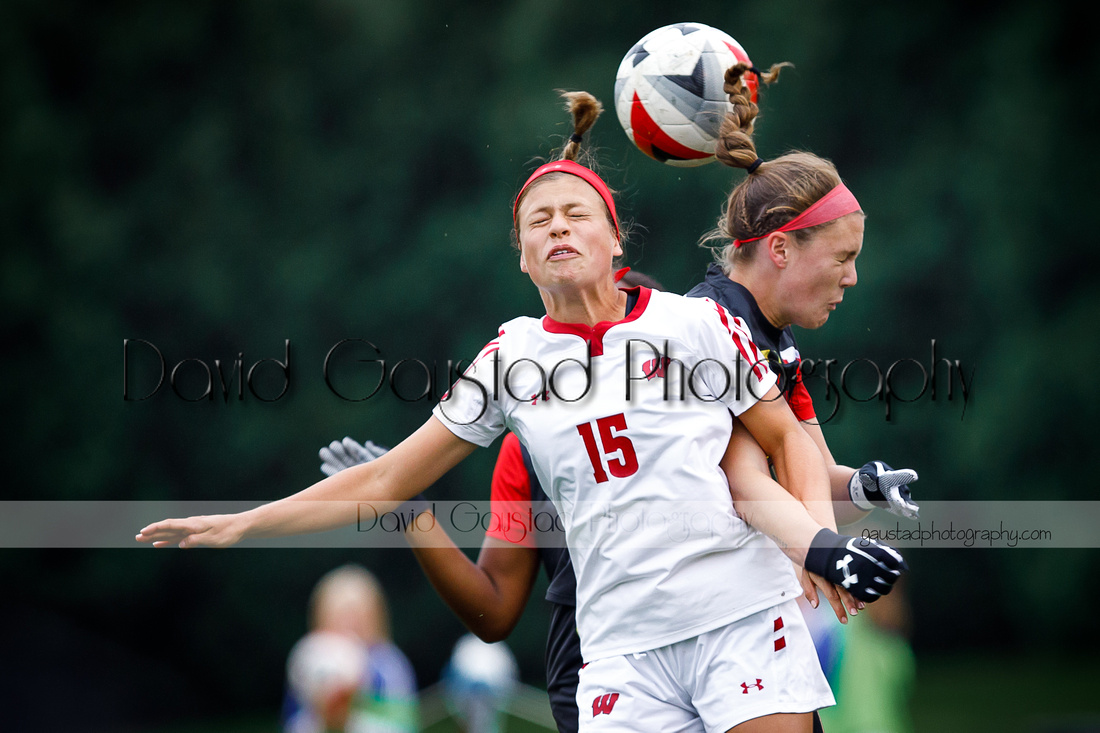